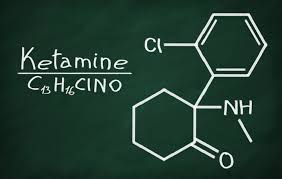 Ketamine has been around for at least fifty years and commonly used in as a fast-acting anesthetic used in emergency medicine. Ketamine also is a popular illegal party drug because ability to produce a calming sedative effect, accompanied by dissociative sensations and hallucinations. Research indicates that it might be an important drug in the treatment of major depressive disorder.

Ketamine has been sensationalized lately. It has allure – being associated with other psychedelics in the recent psychedelic boom. It is legal for medical use when prescribed by a doctor. These two factors make it easily capitalized on.

The result was/is “ketamine clinics” opening and offering ketamine infusions to treat depression at ridiculous cost, with no psychotherapeutic component. Some clinics don’t properly screen patients or utilize an intake protocol at all and were offering “treatment” to anyone who can afford it.

Ketamine is addictive while classic psychedelics for the most part aren’t. There is an evident risk that a client will receive a ketamine treatment with little follow-up support and then turn to the street for more – especially those with a predisposed vulnerability to SUD. I’ve helped several addicted clients quit ketamine because of this scenario who wished they never sought it in the first place.

However, there is an evident need for new treatments for major depressive disorder, and experts agree that ketamine holds potential to rapidly treat depression and possibly other mental health conditions. It seems to work well in relieving depression and suicidal ideation, but the effects don’t last long therefore requiring subsequent doses.

As of now the data are lacking, but optimistically amassing. UBC Okanagan and the University of Exeter have identified ketamine as a “potentially powerful tool in the fight against mental illness; it shows promise but needs to be studied further”.

If pursuing ketamine treatment for yourself, or for a patient, seek out an organization offering medically supervised treatment with committed psychotherapeutic support. A noteworthy example would be the professionals at Numinus; a largely homegrown team in Vancouver well experienced in this type of support. https://numinus.com/services/ketamine/.